Some footage showed up on TV Asahi the other day of Kamen Rider Gaimu, including the actors and some of the transformation. It's definitely worth checking out -- the new protagonist is rather acrobatic, considering his somersault across the stage!


Posted by Sailor Otaku at 7:41 AM No comments:

Following the official information posted on the site, let's discuss some of the actors who will be appearing in Kamen Rider Gaimu as Riders, and some of their past work.

Sano Gaku (21) will be playing Kazuraba Kouta, the protagonist who becomes Kamen Rider Gaimu. A relatively new actor, he's appeared in minor roles in the GTO series as recently as last year. 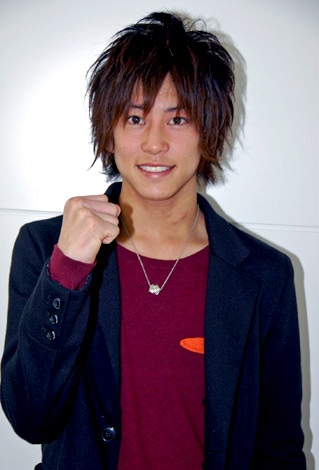 Kobayashi Yutaka (24) will be playing Kumon Kaito, Gaimu's rival, Kamen Rider Balon. He has appeared in the Prince of Tennis stage musical, as well as appeared briefly in Dream High. 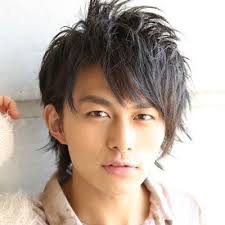 Takasugi Mahiro (17) will appear as Kureshima Matsuzane, the Chinese themed green/purple Kamen Rider Ryuugen. You may have seen him recently in a minor role in other tokusatsu series, GARO. 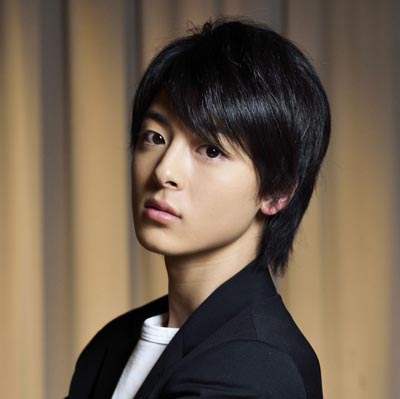 Veteran actor Kubata Yuuki (32) appears as Kurashima Takatora, Kamen Rider Zangetsu. He has had roles in the feature film Kamen Rider: The Next, co-starred in the Prince of Tennis stage musical, and has appeared in Sengoku Basara and GARO. 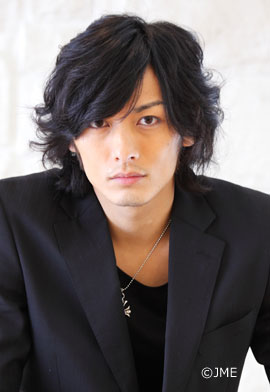 Posted by Sailor Otaku at 7:48 AM No comments:

So the fruit's finally out of the bag, so to speak. Gaimu has finally been shown off to audiences, and some plot details have emerged. 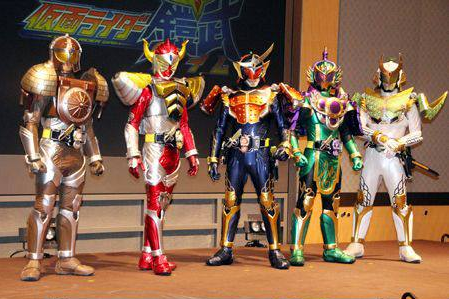 Summarized courtesy of Magenta over at Over-Time, the setting appears to be a strange alternate reality where castles and samurai still exist in the same day and age as future technology and corporations. The plot appears to involve street gangs as samurai clans, each with their own Riders (similar to Ryuki), and a mysterious corporation called Yggdrassil with their own rider and unclear purposes. The characters appear to be able to conjure battling monsters (similar to Pokemon) by means of their Lock Seeds.

To make matters even more bizarre, it appears that the rival street gangs dance, similar to West Side Story.

While the storyline has elements that have been seen in OOO (a powerful corporation) and Ryuki (battling Riders), the summoned mini-monsters are quite similar to the Foodroids and Plamonsters from Fourze and Wizard respectively, but this time they seem to be about to take a major role. 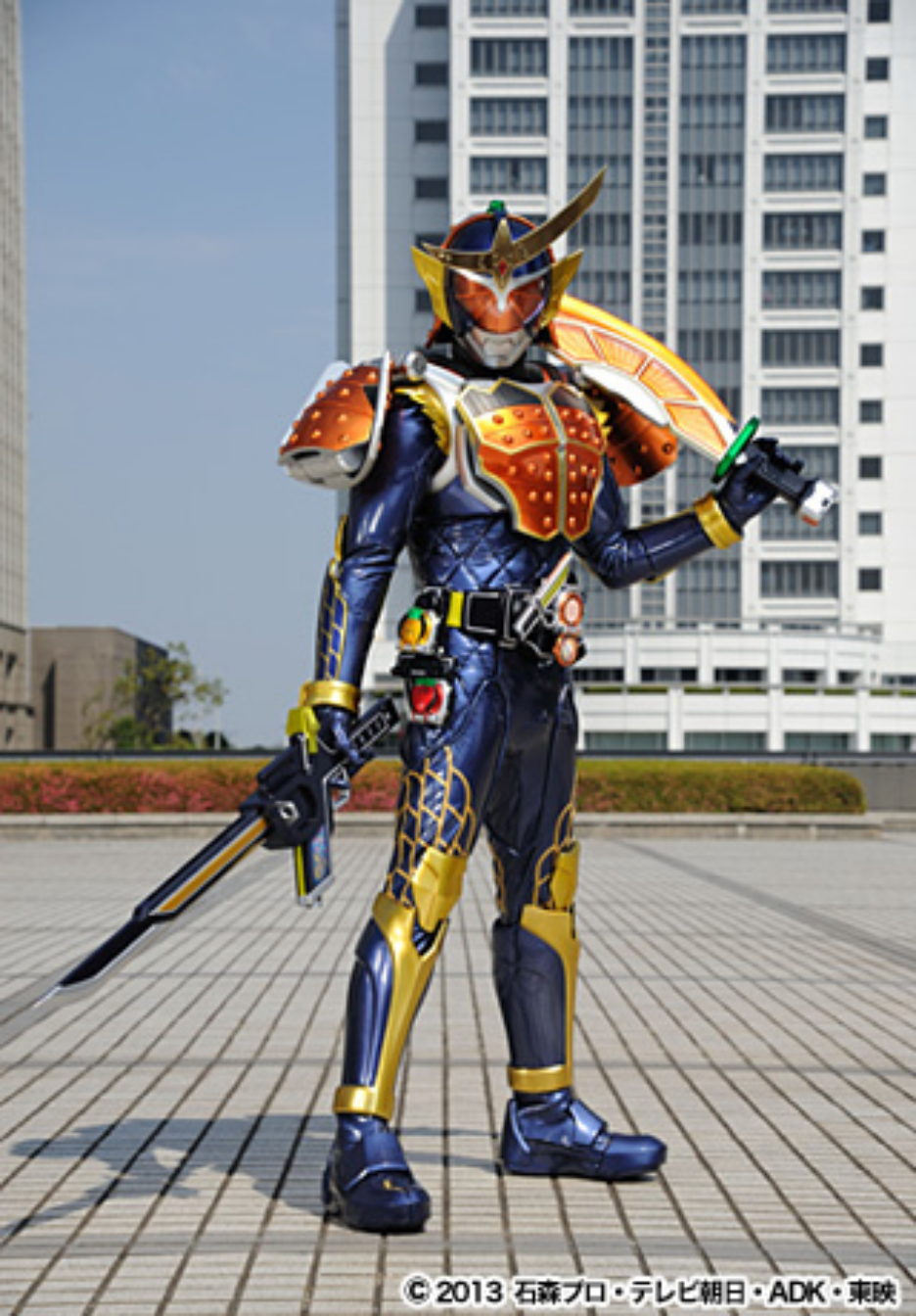 So... we have an orange sword, and Strawberry and Pineapple locks on his belt. The Lock Seed that goes on his driver opens to reveal the kind of fruit he's using. 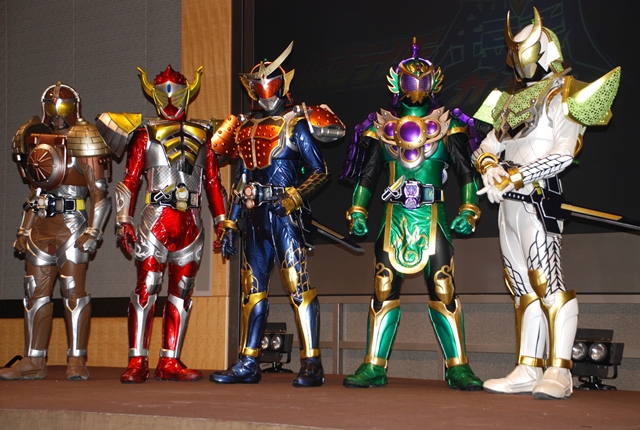 We don't have a name yet for the coconut rider yet. We do know there's six main male actors, so the likelihood of getting a sixth character is quite high -- especially since this is the sixth series since Decade, and Toei has been adding one element to the Driver for every year since: one Card, two Gaia Memories, three Medals, four Switches, five Elemental Rings.
Posted by Sailor Otaku at 6:41 AM No comments:

This is apparently from promotional materials. Interestingly, it appears we have a secondary rider immediately. 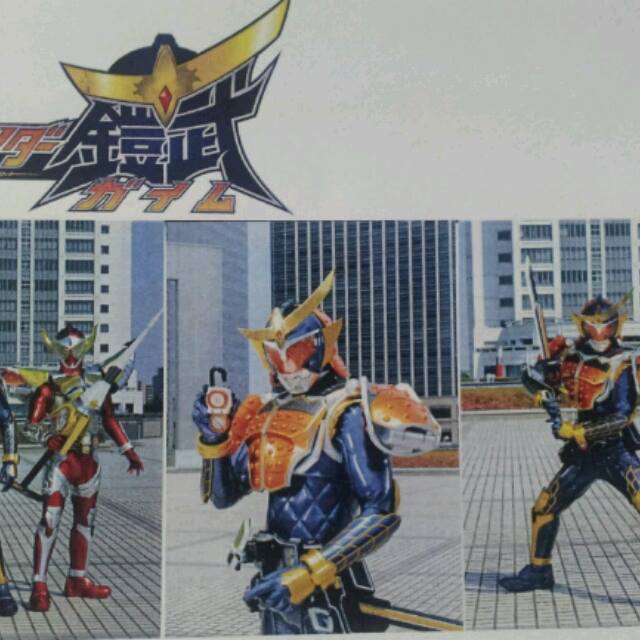 Posted by Sailor Otaku at 11:45 AM No comments:

First look at Gaimu from the front.

This low-resolution photo turned up last night. It does appear to be legitimate -- the photo location is the NTT Corporate Complex in Chiba Prefecture, a very well known filming location for tokusatsu shows. 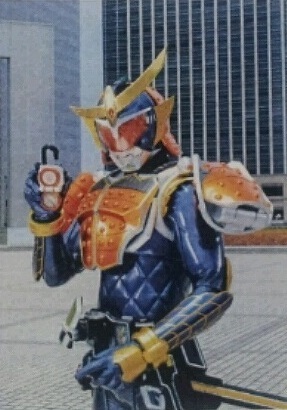 The rumors have been that Gaimu is fruit based. That does appear to be at least somewhat true. It appears that he has a banana crest, orange peel armor, and a strawberry visor. The rumors about the Lock Seeds to seem to be consistent with what he is holding here.The rumor was that he places the lock into his driver and then cuts it. Note that he has a cutting blade attached to the driver itself, and what appears to be a slice cut from the lock, which appearantly flips down after being sliced open.

Here's the original picture from the rear for comparison. 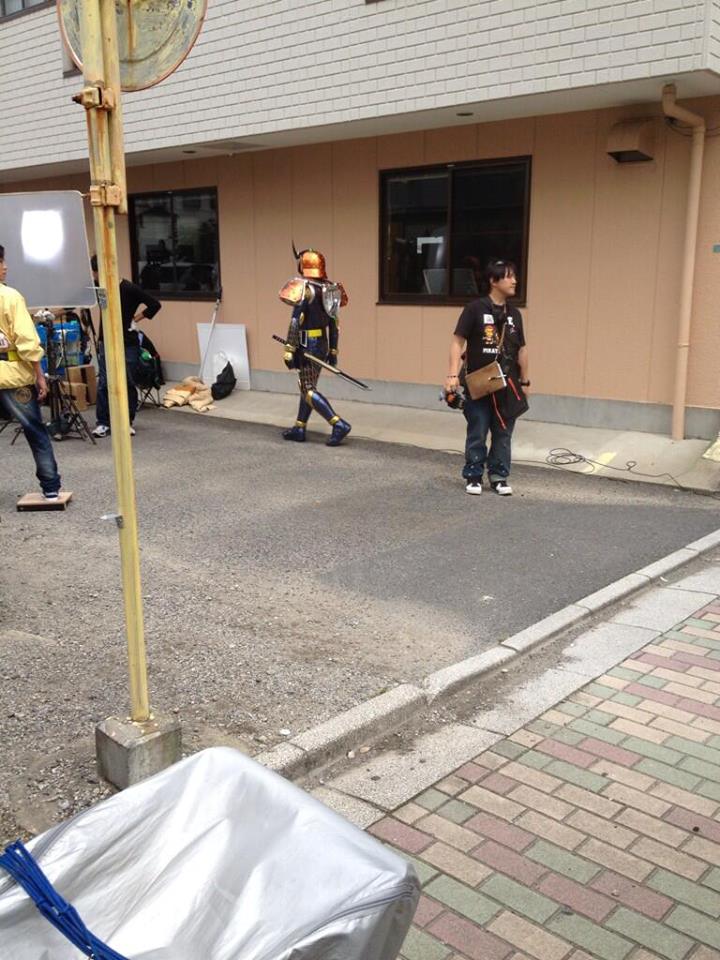 Opinions on it appear to be going both ways -- some say it looks interesting, some say it looks horrifying and cheap, but I remind you, it's pretty low resolution, the shot from the rear shows it in much better contrast.

Posted by Sailor Otaku at 7:46 AM No comments: