When information concerning Red Spade’s presence in Japan comes from Interpol, Commander Katsuragi and Hayato launch into a plan to bring them down. But during a hostage crisis during a bank robbery, Hayato unexpectedly guns down a suspect that’s already surrendered, and then, escapes from police custody! Has the Captain of Exceedraft gone rogue, or is this all part of an elaborate scheme? As Hayato flees and his former team pursues him, Hayato’s treachery takes the darkest turn imaginable. 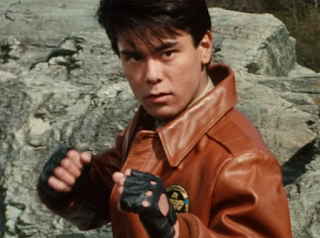 Notes:
Man, this episode is cool. There's a similarity to that episode of Solbrain where Daiki is put into the nightmare machine to try to control his mind but there's a very big difference in the plots, and the stakes are far more serious. There's a hand to hand fight scene later in the episode which is just choreographed perfectly, with great camera angles. Main writer Junichi Miyashita writes this one, and it's only fitting he should, as is this is part of the major Red Spade story arc. Hope you enjoy this one.

A Middle Eastern terrorist group smuggles a nuclear warhead into Japan. When they hijack a truck driver and force her to drive it to Tokyo, their intention is disastrous. Can Exceedraft save this Truck Drivin’ Mama – as well as her son, and all of Tokyo – from nuclear obliteration?

Notes:
This is a silly episode, but it has some really good stunts in it, plus you get a chance to see some oldschool "dekotora" trucks that used to be popular in Japan among the truck driving element but have become slightly less popular these days. This is one of Takashi Yamada's two episode this year, and it's a pretty good one. Yamada, if you remember, wrote one of the best episodes of Winspector, about Junko and her rival, and one of the best of Solbrain, about the stolen prototype suit. Then again, he also wrote the one about the genius kid who makes his own Gigastreamer and the one about the cross dressing comedian in Winspector, so your mileage may vary.

A bit more on the "truck yarou" and "truck mama" phenomenon.

It's a great showcase for stunts and a good character piece for Blues, so hope you like it. 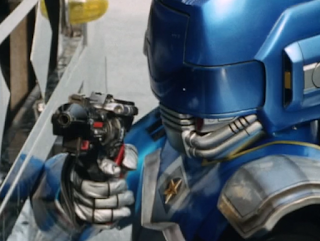 You will never guess who wrote this episode. It certainly doesn't seem like their handiwork.

Time to get this out again.

Yes, that's right. Previously known for psychic girls and magic in science and police shows, Sagiyama actually writes one that is thematic, has kids, and has no magic. And it's actually an awesome an action packed episode, believe it or not. Somehow, this episode just works out properly. A really tense plot a good gimmick and reveal (though you can probably guess what Seagull is early) and a great resolution, this is one of the better episodes that Sagiyama has actually written. Maybe they told her she couldn't use psychic girls because Miyashita already did one last episode so she wrote this one. I would say this one more than makes up for the various witches, psychic girls, and talking stuffed animals she has done. Enjoy this really entertaining episode, albeit a filler episode unrelated to the Red Spade story arc.

A bizarre case occurs. One of Kosaku’s friends is kidnapped by Ken’s friend. But this kidnap victim, a young girl, may not have actually been kidnapped in a way that we’d think. And at the same time, the shadow of the crime syndicate Red Spade looms overhead…

Notes:
"I Can't Believe It's Not Sagiyama". 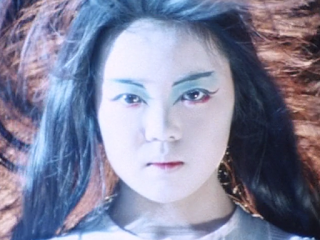 No, actually, this episode about psychic girls with a rather interesting twist was NOT penned by Sagiyama, who is well known for that kind of storyline, but instead main writer Miyashita!  I actually don't care for this episode. I think there's too much going on. The story moves far too quickly to really make me emotionally involved in anything. A nice backstory for Kosaku and Ken, but only slightly. The next episode, which actually IS written by Sagiyama, is actually kind of good!

Episode 03
Shadow of the Red Spade

A group of criminals hold a department store hostage under the threat of bombs. Their demand: release a prisoner held in Musashino Prison. But the prisoner in question doesn’t seem to know who’s trying to bust him out of prison, and becomes noticeably afraid about it. With time ticking down, the team shifts into high gear to prevent a tragedy, and the pasts of both Commander Katsuragi and Hayato are revealed. The beginning of Exceedraft’s first story arc, the Red Spade arc. 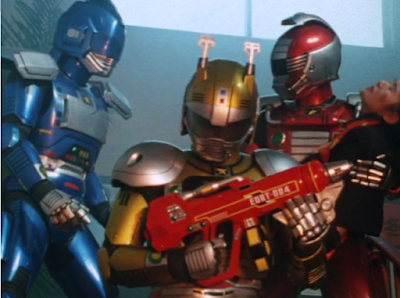 Notes: This is a really good episode. We get into the core of the team -- doing rescues and high risk assignments, with some really nice fire effects and camera angles. Some of the plot elements, I suppose, are re-used from previous rescue police shows. I can remember the department store hijacking used once in that Kyoko Sagiyama episode about the ghost grandpa, but the backstory and the start of a story arc are new. Ultimately, a really good episode with great rescue action, emotional content, and really engaging dialogue that was a lot of fun to translate. It also sets up for a story arc, something that only Solbrain really did at the end with the Takaoka story arc. 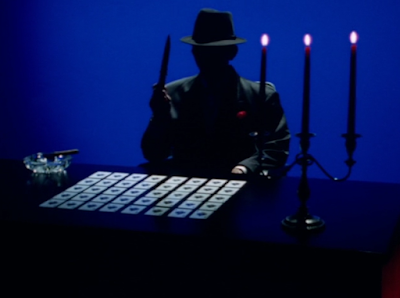 I should also mention that today, February 2, is the 26th anniversary of Exceedraft's premiere in Japan. It's also the day that Goro Asuka was murdered in The Magnificent Zubat...

The fledgling Exceedraft team is not without its share of trials. Thrown into the mix together, Kosaku and Ken don’t see eye to eye. Hayato goes off on a dangerous escort mission without them while they attempt to get along. But when Hayato and Ai’s younger brother Masaru are trapped by a dangerous and deranged criminal, Kosaku and Ken have to put aside their quarreling to save the Captain and work as a team before Tokyo goes up in flames! The clock is ticking!

Notes:
I liked that the team isn't automatically best buds in this episode, but something felt off about it. Kosaku and Ken seemed to sort of get along OK in the last episode, but now they outright are hostile to one another. Luckily, the team building aspect gets hit and things work better. But something still felt off about this episode, like I'd seen the exact same thing before in several other episodes. I think they did an episode about transporting a future fuel in Winspector, and an episode about an atmospheric pressure device in Solbrain with the same squishing effect, and I'm sure they did the "little brother gets into danger" subplot. Overall, the episode felt pieced together from other shows, and they even have the bad guy using a repainted Bothwinder from Solbrain to prove it. A filler episode that leads in to the first story arc next time, but still one that's worth watching.

It's the moment you've all been waiting for: a new team of rescue heroes arrives to combat crime in the near future! Written by former episode writer Junichi Miyashita, he now takes the helm as a series director. A polarizing series, Exceedraft begins as a crime procedural, similar to predecessors Winspector and Solbrain, but midway through, becomes something quite different. Originally conceived as its own continuity separate from the teams created by Commander Masaki, that premise is brought in line at the end of the series.

This intense episode features a number of familiar faces, including Inspector Rokkaku's former actor. The episode introduces each of the characters in a high risk takedown, when a kindergarten bus is hijacked. Can new team leader Hayato Kano bring his team together and stop the Kindergarten Bus of Death before they meet with a tragic fate? It's time to BOOT UP and buckle in for a new series. 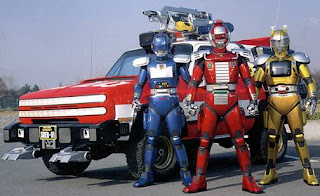 Notes:
You get three Sagiyama episodes. They're actually pretty OK. There are seven Ogizawa episodes. Susumu Takaku sits this year out, with no creepy bird puppets. The Exceedraft HQ is a famous location for tokusatsu filming, Harumifuto Wharf. It's actually a port for cruise ships, which is why you can see one anchored next to it.

Much gratitude again to BunnyHat for the raws. I'm traveling this weekend, so in lieu of Shinkalion enjoy this project!